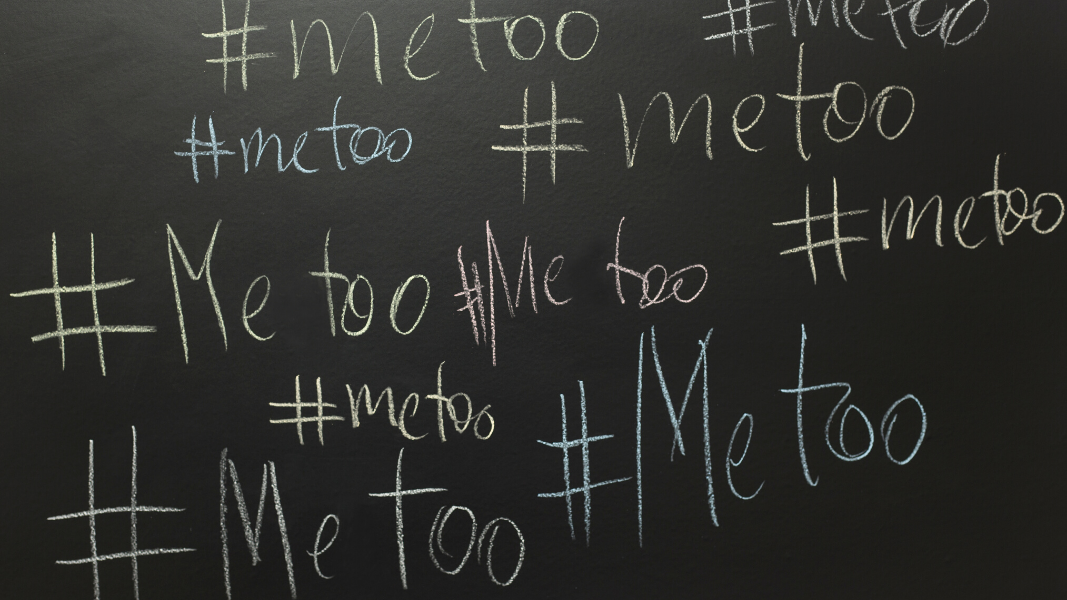 While for many people, awareness of the #MeToo movement came after the exposure of Harvey Weinstein in the fall of 2017, the hashtag was actually used as far back as 2006, coined by Black community organizer and activist Tarana Burke who encouraged other women of colour to speak about experiences of sexual harassment. Since 2017, other industries have had a reckoning, examining the extent to which sexual harassment and assault are found in their sphere.

While nowhere is exempt, sexual violence is particularly prevalent in fields where – as with Weinstein – there’s a particular power dynamic at play.

Unfortunately, this dynamic happens within the nonprofit and charitable sector, most particularly for fundraisers. A poll of Canadian and American fundraisers conducted in February 2018 by Harris Poll showed that 25% of female fundraisers have experienced sexual harassment in their careers (as compared with 7% of male fundraisers); 96% of perpetrators were men, 65% of them were donors, and 39% were coworkers, managers or board members. According to those who experienced sexual harassment and told their organization, 71% of the time no action was taken against the perpetrator.

None of this was news to women in the field, but what did begin to change was that it was no longer a silent issue. Women fundraisers began speaking out about their experiences and asking the charitable sector to take a hard look at itself.

Most recently, two female fundraisers — Liz LeClair, director of major gifts, the QEII Foundation in Halifax, NS and Wanda Deschamps, principal at Liberty Co in Waterloo, ON — came together with others to initiate a National Day of Conversation focused on the issue of sexualized violence against nonprofit and charitable sector employees. The day took place with a series of digital conversations (largely on Facebook Live but also on Twitter and LinkedIn) on Tuesday November 26, 2019.

Why the event was organized

At the start of 2019, LeClair shared her story in a CBC op-ed about being one of the one in four fundraisers to experience sexual violence at the hands of a donor. After Wanda Deschamps read the article, she was among others (some from the Ms Rupt community) who talked with LeClair about how they might work together to do something to effect change, rather than simply quietly talking about it. The initial idea of a day of action to highlight this issue was replaced with a day of conversation, in part to avoid putting vulnerable people at more risk, but also with the goals of education and awareness, as well as to encourage organizations to take action women to be more comfortable in coming forward, rather than feeling alone or that they need to tolerate harassment and assault.

The National Day of Conversation

The #NDOC involved a variety of panels over a 12-hour period. The first panel of the day looked at the charitable sector workplace and included LeClair, Freya Ravensbergen of After Me Too, and Ronald Kelusky, chief prevention officer and Assistant Deputy Minister at Ontario Ministry of Labour, Training and Skills Development.

LeClair talked about a young fundraiser who asked her, “Where is the line between icky and harassment?” She says, “We advocate on behalf of the marginalized but we are often the last to say we are going to do right by our people.” This is because, as Kelusky says, often charities don’t want to jeopardize a relationship with a critical donor. “This runs the risk of an employee feeling like they are disposable, but your employees are your most valuable asset.”

Ravensbergen notes that in fundraising, as in her own field of acting, it can be difficult to know where work begins and ends, because it doesn’t always take place in a typical workplace. But even a traditional workplace is changing dramatically, which Kelusky says means employers have an obligation to change too. He also noted that sexual harassment is a workplace health and safety issue, as well as a human rights issue, that employers with physical health and safety policies need to add in policies for mental and psychological health.

“If you want to demonstrate leadership as an employer, you need to stay informed, educate yourself about your responsibility to protect employees, work with employees to have dialogue to understand from their perspective how to respond when uncomfortable.”

One issue raised in this panel, and throughout the day, was the challenge for those who have suffered harassment to know where to go when they experience harassment because there can be ten different places to report, and because victims don’t always know what needs to be documented or when to come forward.

AfterMeToo, in collaboration with the Canadian Women’s Foundation, are creating an online portal for employees and employers called Rosa that will be launching in the spring of 2020 to educate and facilitate the claims process.

Federal funds for Rosa are being administered through the Canadian Women’s Foundation, whose president and CEO, Paulette Senior was one of the speakers in a noon-hour panel on the roots of sexualized violence against fundraisers, alongside Andrea Gunraj, vice president of public engagement of the Canadian Women’s Foundation, Sandra Hawken, president & CEO, Holland Bloorview Kids Rehabilitation Hospital Foundation , and LeClair.

One common theme in this panel was the goal is to “do good better”, and that this can be done by having strong and different voices at the leadership level. Hawken noted that increasing diversity of gender and racial representation on boards led to an increase in donors and donations.

Another panel and a later Twitter conversation picked up on this theme with both the live panel discussion in Waterloo and a Twitter feed discussion giving special consideration to the experiences of Indigenous and racialized women, who experience even higher rates of harassment.

Lori Campbell, director, Waterloo Indigenous Student Centre at the University of Waterloo pointed out the importance of talking about race and gender diversity more, noting, “Certain people will be targeted exponentially more. If this conversation is driven by white charitable sector employees, we will perpetuate everything that’s wrong with the system,” and that often the structures of the charitable system benefit those not in marginalized groups.

Responding to this in a #NDOC discussion on Twitter, Dr. Carrie Bourrassa, director, Institute of Indigeneous Peoples Health at the University of Saskatchewan, says, “How do you create change? [In my opinion] for starters call it out. No more elephant in the room. Racism, stigma, bias, privilege exists, and if you say you don’t see it, you are part of the problem.”

The final group of the day was supposed to be a panel, but due to technical issues became a series of three speakers, looking at the role of bystanders and allies. This began with Jake Stika of NextGen Men, a Canadian charity redefining what it means to “be a man,” and involving men in conversations about gender. In answer to the question of what men can do when they see things they know are sexist, Stika says, “We often undervalue what we might gain and overvalue what we might lose. We shirk saying things because we want to be one of the boys.” Stika encourages men to “call in, not call out. To lead with curiosity, to make I statements, and to ask someone who makes a sexist remark to explain themselves.”

Sara Forte, an employment lawyer with Forte Law, who has represented accusers, accused and organizations alike notes, “All of these are situations people don’t want to be in. They don’t want to be in it, talk about it, talk with a lawyer.” She believes working with bystanders is an effective and comparatively inexpensive way to help solve a dynamic before it gets to sexual harassment. “The difference between a workplace or being in a bar is that if someone who harasses you or assaults you in a bar, you can get up and walk out. They do not have power over you and you don’t have a continuing relationship. It’s completely different in the workplace: we are all trapped together. That’s why the standard for respectful conduct has to be higher, because of that vulnerability, power imbalance and reliance on income.”

Susan Lomas, president, Lions Gate Geological Consulting and president, Me Too Mining Association, also talked about the vital importance of bystander intervention training. She observed that the majority of workers are neither victims nor perpetrators of sexual violence, but bystanders who are frustrated because no one has ever given them guidance on what they can do or say. “Workers need bystander training and companies need to enact appropriate polices with effective pathways to report.” She points to the DIGGER Bystander Training developed by the MeToo Mining Association (Direct Actions, Interrupt and Distract, Get a Co-worker, Get an Authority, Engage the Target,Record and Report), noting that it takes education and practice to do this work.

In terms of sheer numbers, the #NDOC Facebook page reached 27,167 people over a two-week period, with 2091 people engaging directly with the page on the day of the event, and 559 views of the videos over the course of the day. There were also 35 tweets, 49 retweets and 171 likes, with the #NDOC hashtag having an overall impression of 13,500 people during two days around November 26, and hundreds of views through LinkedIn.

Anecdotal responses, however, were also strong. LeClair says not only did senior fundraisers express that it was about time that this conversation was front and centre, but she also received a note from a fundraiser who recently had an incident with a coworker, and who had not known this was a prevalent issue until it happened to her. She said that the conversation both helped her know what to do, and helped her organization know how to respond appropriately.

While organizers were pleased with the day of conversation and the response, they have plans to continue the conversation rather than seeing this as a one-time event. They are also working with the Canadian Women’s Foundation, and many of the industry associations and leadership, to develop and examine policies that address misconduct by donors and volunteers and safeguard against potential conflicts of interest in cases where investigations are necessary. “We would love for this conversation to continue,” says LeClair. “Hopefully it will grow into a more significant conversation with even more people involved.”

Susan Fish is a writer/editor at Storywell, a company that helps individuals and organizations tell their story well. She has written for the nonprofit sector for more than two decades and loves a good story.

© 2020 CharityVillage v.3.3.14-934-g73b9603
We use cookies to ensure that we give you the best experience on our website. If you continue to use this site we will assume that you are happy with it.Ok